Listen to the Story

Will Ferguson and this year’s other high-profile cases of police use of force, change the way American police are trained? Some see the incidents as an opportunity to update the training and rules.

Copyright © 2014 NPR. For personal, noncommercial use only. See Terms of Use. For other uses, prior permission required.

Thanksgiving Day was relatively quiet again in Ferguson, Missouri. There were just a few protests and a scattering of incidents. Many demonstrators hope that the death of Michael Brown, the young, unarmed black man shot by white police officer Darren Wilson, will be a turning point in race relations and policing. NPR’s Martin Kaste has been talking to police trainers and other experts, looking for signs that police forces are acting on lessons learned from Ferguson.

MARTIN KASTE, BYLINE: It’s been a bleak year for police. Besides Ferguson, there was the death of Eric Gardner, tackled by officers in New York. And in Ohio, police stormed a Wal-Mart and shot a black man who was chatting on a phone while holding a BB gun. When The International Association of Chiefs of Police held their annual meeting in October, they sounded worried.

MICHAEL NILA: Police chief after police chief in these working meetings were repeatedly talking about the fact that we’re at a crossroads.

KASTE: Michael Nila is a former officer and founder of Blue Courage. It’s a reform-minded training program that teaches police to think of themselves as the community’s guardians. He says there’s huge demand for his services right now.

NILA: There are a lot of dynamics that are different about this time that were in the spotlight. And it’s causing police executives to think about what we have to do differently.

KASTE: A lot of reformers are saying things like this. Russ Hicks is an officer with 23 years on the job who now teaches at Washington State’s police academy.

RUSS HICKS: Now’s the time to really look at our culture and to become better, to look at how we’re connecting with the community. Our profession needs an upgrade.

KASTE: But what lessons, exactly, should police take from Ferguson? Reformers tend to agree that the police were too provocative and confrontational with protesters back in August. But what about the actions of Officer Darren Wilson? Is there a lesson to be learned from his shooting of Michael Brown? Here, the reformers hesitate.

PETER MOSKOS: I think it’s counterproductive for society to focus on individual incidents.

KASTE: Peter Moskos is an associate professor at the John Jay College of Criminal Justice in New York. And he’s also a former policeman.

MOSKOS: Partly because I think we’re picking the wrong examples to use and partially because they are just individual incidents. I mean, there will always be some bad police shootings.

KASTE: Moskos says if he were to nominate a case study of a bad police shooting, he wouldn’t pick Michael Brown. He’s pick Levar Jones. He was the man shot at a gas station by a South Carolina state trooper in September…

KASTE: Shot and wounded while complying with the trooper’s commands.

LEVAR JONES: Why did you shoot me?

GROUBERT: Well, you dove head-first back into your car.

KASTE: The problem with drawing lessons from the shooting of Michael Brown is that it’s not this clear-cut. Protesters say Officer Wilson was in the wrong. But police tend to think he was in the right. The slogan, I am Darren Wilson, has become an expression of police solidarity. Earlier this week, the chief in Portland, Oregon had to tell several of his officers to take the slogan off their Facebook pages.

NILA: It is very, very dangerous to pick a fight with the police.

KASTE: That’s Michael Nila again, of the training company Blue Courage. He says when you’re trying to change a police force, you don’t want to alienate the officers. And that’s the danger here, especially if officers think the post-Ferguson message is that they’re no longer trusted, and they’re no longer allowed to defend themselves.

KASTE: Tackling a police department’s internal culture is such a delicate task that some reformers say it may prove easier for departments to just go with fixes that are bureaucratic and technological, more paperwork and body cameras. Martin Kaste, NPR News.

Copyright © 2014 NPR. All rights reserved. No quotes from the materials contained herein may be used in any media without attribution to NPR. This transcript is provided for personal, noncommercial use only, pursuant to our Terms of Use. Any other use requires NPR’s prior permission. Visit our permissions page for further information.

NPR transcripts are created on a rush deadline by a contractor for NPR, and accuracy and availability may vary. This text may not be in its final form and may be updated or revised in the future. Please be aware that the authoritative record of NPR’s programming is the audio. 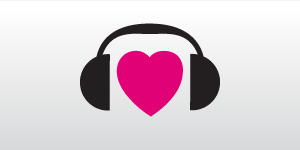 Support The Programs You Love

Stay connected with news and updates!

Join our mailing list to receive the latest news and updates from our team.Don't worry, your information will not be shared.

We hate SPAM. We will never sell your information, for any reason.